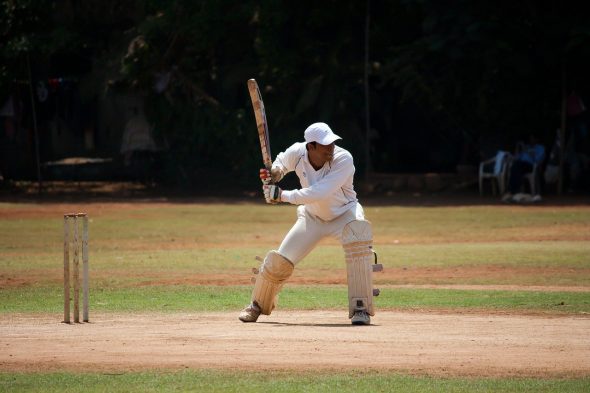 Why is Cricket So popular in India?

Cricket is followed like a religion in India as the majority of the people in the country love to play and watch cricket. If we travel around anywhere around India, every 2nd or 3rd street we see young kids playing cricket. Cricket is such a beautiful sport that unites all Indians together and it does not require any massive skill and knowledge to play this sport.

Apart from the fact that cricket can be played anywhere in India, there are a lot of facilities like cricket academies and training centers for young budding cricketers to enhance their techniques and improve as a professional cricketer.

Cricket also brings a lot of money along with it as we see that Indian cricketers are paid so much that they don’t require to play any other global leagues like BBL, CPL, PSL, etc.

How has passion for the game started?

When India won their first Cricket World Cup in 1983 under Kapil Dev, we saw a drastic growth of popularity in cricket amongst Indians. India were the underdogs in that 1983 world-cup as no one had given India a chance to win an ICC title.

The 1983 world cup victory had brought so much development that it took Indian cricket to greater heights both financially and structure-wise. There were big investments made in sponsoring the cricketers, scouting talent, and building a strong cricketing system.

After the 1983 world cup, Indian cricket never looked back as we saw the growth of the greatest cricket Sachin Tendulkar who made the country proud with his 24 years of dedicated contribution with the bat.  India didn’t stop winning major tournaments as they went on to win the 2007 T20 world cup, 2011 Cricket world cup, and 2013 ICC Champions Trophy. India winning all these world cups has earned a lot of followers and popularity in this sport.

Along with domestic tournaments, Indians also play the world’s biggest T20 league – the IPL. It becomes an ideal platform for young, uncapped players to play along with experienced Indian and overseas players.

Increase in Commercialization of Cricket

Cricket has more viewership than any other sport like Hockey, Badminton, Football. For a sport to become popular, a huge amount of audience is required. And for attaining a huge audience, there should be proper coverage of the sport in the media which the audience consumes. For that to happen, there should be something that the TV channels could find a profit on. And the concept that brings them a profit is “Commercial breaks”.

Consider a game of football or hockey, the breaks will only be present in between the halves. A football match only has two halves, a hockey match has only four halves. Therefore, the advertisers have very little space to show their ads or to promote their brand.

The most popular cricket format today is the format that has the most limited number of overs. In a T20 match, if you count the overs break and the innings break, you get 39 breaks. If T20 has these many breaks, then think about ODI’s and tests. The advertisers gain a huge profit from these breaks.

If you look at this from a brand’s perspective, cricket gives them two to three times more visibility as compared to other sports

Along with cricketers, common people also benefit financially from cricket. Although betting is not yet legalized in India, a lot of young people involve in the betting process and have gained a lot of money from it. You can see the best Indian cricket betting sites where bookies who bet on IPL matches, combine their knowledge and skills to bet as a single unit.

Due to the fact that betting is considered illegal in India, not many commercial ads are put up on television and newspapers on betting, rather we see a lot of advertisements on fantasy cricket. In fact, nowadays Fantasy cricket is more popular in India than betting.

Note: fantasy cricket involves predicting the combined playing 11 from both teams who will perform well, predicting the winner, predicting which player will be performing by analyzing their form, etc. There are many fantasy apps like Dream 11, Mycircle11, Fan code, etc.

Although money is placed on players and teams in both fantasy cricket and betting, the main difference between these two is that fantasy cricket is more a skill-based way of gaining money whereas betting is considered a luck-based way.  That’s the reason why Indian youngsters invest more in fantasy games rather than betting sites.

However, betting is also growing in popularity with time in India as people want betting to be legalized in the country. Betting involves a higher risk along with higher profit.