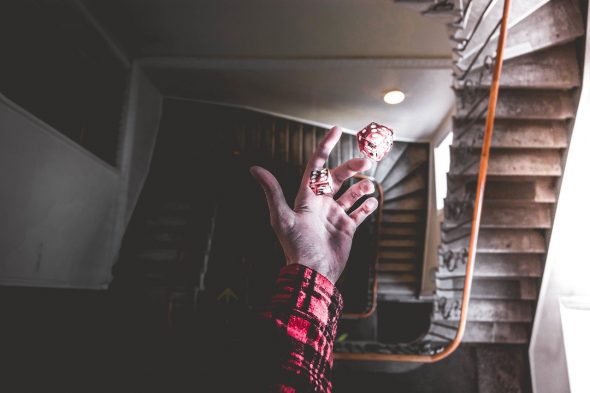 Which Scratch Off Has The Best Odds?

The answer to this question depends on what you mean by “best odds”.

Some people want to know which scratch off will win them the most (or lose the least) money over the long-term. In other words: If you played $10 every week, which scratch off should you buy to make sure your average win is the highest?

That question has a totally different answer than another meaning of “best odds”.

What if you don’t care about your average expected win? What if you only want to maximize your chance of winning a grand prize?

Let me show you how to answer all of those questions yourself for some common types of scratch off games.

Most people don’t play scratch offs because of the low-value winners. We all want to hit that big life-changing jackpot. If that’s what you find most fun, here’s a valuable tip to maximize your chances.

Most lottery organizations publish the number of grand prizes remaining as well as the total number of tickets printed.

You can see that there were 2 grand prizes in total and 1 has been claimed.

But now that some tickets have been sold, those odds have changed.

If your goal is to maximize your odds of winning a grand prize, don’t play this game! These calculations can get tedious, but there are websites that do the calculations for you to figure out which scratch off has the best odds.

If you just want to maximize your chance of getting any winner, regardless of the prize, then you can simply look on the ticket for something called “Overall Odds”. It’s in the image above at the bottom of the table.

Something you’ll notice if you look at enough scratch offs is that the higher denomination tickets usually have better odds. A typical $1 ticket has odds of between 1 in 4 and 1 in 5. That means that for every 1 winning ticket there is 3-4 losing tickets.

Higher denomination tickets usually have better odds, approaching 1 in 3. That means there’s 1 winner for every 2 losers. (These are averages, of course).

So if you’re just after the excitement of getting a ticket that wins, you’re better off saving up your money to buy a higher value ticket.

You may be asking yourself if the overall odds change as the game progresses, similar to the way the grand prize odds change.

The last answer I’ll explore to the question of which scratch off has the best odds is the answer that tells you which ticket will offer you the best long-term payback.

This is known as “expected value” and is usually expressed as a percentage. It can be thought of as “return on investment”. If you “invest” $100 in a particular scratch off, how much are you likely to get back? If the answer is that you’ll get back $75 on average, then the expected value of the game is 75%. For every dollar you spend, you’ll get back 75%, or $0.75.

This is a tricker calculation, but there’s websites that calculate the scratch off odds for you and include the expected value calculation in their data.

I’ll show you how to do it by hand so you can do it for any game you come across.

Here’s a simple coin flip example. This will be easier to understand than the full game calculation. But the concept is the same.

To translate this to the scratch off game in the example above, this is what you need to do:

Perform the calculation just like the coin flip example and you’ll see the expected value of this game is about 75%.

Which game you play depends on your goals are. The right game for one person will be the wrong game for another person. It’s not always possible to beat the lottery, but if you’re going to play, you might as well maximize your chances.

Using the tools I’ve outlined above, you now have everything you need to customize your play for the maximum benefit to yourself.

Now go have some good luck out there!