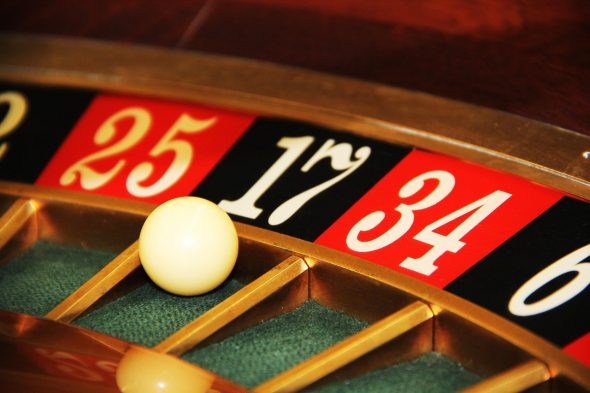 Top Ten Casinos in the World

Whether rolling high on the Vegas strip or turning in a ‘natural nine’ in the heart of Monaco, every casino experience is unique. Here, in no particular order, we list ten that go that one step further, ensuring their appearance on many a person’s ‘bucket list’.

For more than sixty years, many people have seen the character of MI6 agent 007: James Bond as a spiritual ambassador for casino life, with a long-running movie franchise keeping this association alive and thriving. The man with a license to kill has been shown at a number of locales, with a poker table in Montenegro being the focal point of 2006 film Casino Royale.

Fourteen years on from Montenegro declaring independence, there are five casinos in operation there. Each has its own unique merits, but for many people, bigger is better. That is why the Maestral Resort and Casino flies the flag for Montenegro in this list, with its devoted ‘Casino Poker Room’ holding a number of major tournaments, amidst the full range of table games.

Giving the 007 universe an encore is the Casino de Monte-Carlo, the scene of Pierce Brosnan’s first tuxedo-clad appearance in the 1995 film Goldeneye. Surrounded by high-ranking Naval officers, h bests legendary villainess Xenia Onnatop in a high-stakes game of Baccarat, suavely revealing two queens and a six, to beat his opponent’s total of five.

Opening its doors in 1863, the Casino de Monte-Carlo has everything imaginable, with an ‘Ultimate’ variety of Texas Hold ’Em – where patrons must beat the dealer – growing in popularity. The casino also offers both the French / European and American versions of roulette, another game that figures prominently in Ian Fleming’s famous novels.

Atlantic City is New Jersey’s gaming metropolis. While Hard Rock and Golden Nugget are perhaps the better-known – and equally worthwhile – Borgata’s placing at the top of several comparison lists gives it some vital attention.

A mirror for the sky by day, and a sparkling amethyst at night, it boasts world-class restaurants and bars, epitomising 21st century luxury. It boasts over 3,000 slots for low and high-rollers alike, with new machines coming in periodically.

As has been the case with most bookmakers across the Atlantic, as evidenced by the growth of facilities such as Marathonbet live casino, this casino has also developed its own online interface, ensuring that it is expansive as well as thorough in its operations.

Home to what is undoubtedly the leading casino on the continent of Africa, Sun City is a resort set in the heart of a verdant paradise. More than forty years on since opening its doors in 1979, its charmingly compact casino facility has embraced modern technology, ensuring that the range of slot machines has expanded to keep holidaymakers flocking.

Lit like an enchanted emerald, in front of a sultry Nevadan evening sky, this world-famous casino on Las Vegas boulevard hardly requires introduction. Covering everything from the usual table games to betting on sports events, the resort is well-suited to a wide variety of clientele, from those simply putting quarters into slot machines to pros winning millions at the high-rollers’ table.

The MGM Grand is also well-known for its ‘no limit’ Texas Hold ’Em tables and electronic games, including video poker, which allow patrons to wager up to $1,000 at a time.

The possibility of sports betting, as enabled by the state’s rich culture of legalised gaming, gives MGM Grand a competitive edge, with other states still either in the process of legalising sports betting, not committed to it all, or are yet to develop land betting facilities after a recent legalisation.

For those more interested in the history of gambling in Nevada, the Golden Gate casino in Freemont Street is a frequent draw. It opened in 1906, and literally broke new ground as the first concrete hotel in the southern part of Nevada. It is most famous for serving a delicious shrimp cocktail and employing ‘dancing dealers’.

One of the attractions for those considering a stay at the hotel, as well as gaming there, is the possibility of staying in one of the ‘original ten’ rooms the hotel began with back in 1906. Just about everyone, from feared old-timey gangsters to world-famous actors and singers, has stayed in one of those rooms over the past century.

Situated in east Asia, the former Portuguese colony of Macau has boomed massively in popularity over the past twenty years.

The Venetian is perhaps the best-known casino in Macau, and for good reason. As of 2020, the casino boasts over 160,000 square metres of pure entertainment, with four dedicated areas: Golden Fish, Imperial House, Red Dragon and Phoenix. The casino has over 6,000 slot machines and 800 different tables.

As if that wasn’t enough, the real sense of prestige comes from membership of the Paiza Club, reserved solely for VIP guests. It has an exclusive entrance, lobby and lifts designed solely for those guests. Luxury dining and private gaming rooms are prominent additional features of this package.

This was the most expensive entry on a list of Macau’s top casinos as published by the Telegraph in February 2017. The Grand Lisboa’s main gambling hall boasts a majestic red and gold interior, with a huge designer chandelier as the centrepiece of the décor.

The interior floor is symmetrical in layout, offering easy access to the array of tables with colour-coded baize. Outside, meanwhile, the casino appears as a dome with a texture akin to a faberge egg, further underlining its status as a class act.

While gaming online in Chile is ill-advised due to the lack of the evolved regulations seen in Europe, the US and Canada, gaming on land there can be a very rewarding experience. At a far lesser cost, those accustomed to US prices have ventured into South America, and found a bustling casino that opens its doors week-round for 17 hours a day.

Impressive though its array of 1,200 slot games and video poker machines on the floor is, the presence of two dedicated poker tables has made it the centrepiece of local tournaments. Amongst the most prestigious events that Vina Del Mar has hosted is the Latin American Poker Tour, with Oscar Alache Orrego winning $135,000 USD in 2015 via his final hand.

While Oklahoma is not the first state that springs to mind when a non-US national thinks of an American casino, it nonetheless has – quite literally – the biggest floor in existence as of 2020. It weighs in emphatically with over 180,000 square metres of slot machines, tables and virtual games.

On the outside, it boasts a gigantic globe to signify its size, while its interior is multicoloured, majestic and unapologetically loud!