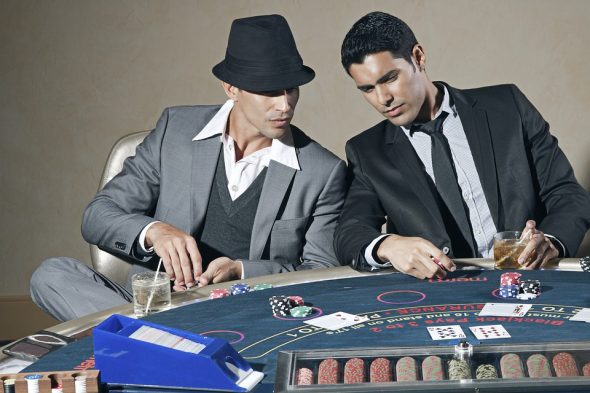 Top 5 Gambling Movies of All Time

The Hollywood’s gambling-themed films are some of the most glamorous, flashy, and popular films in the world, with different stories that have captivated audiences down the years. From comedy to action, the genre is one of the most diverse and consistent in the industry.  Hollywood’s take on the gambling practice has been spectacular and has garnered some of the highest ratings in the movie industry.

The team behind casinosites.me.uk has created an infographic with interesting facts about some of the best gambling movies the industry has produced. Here are the top five of all time.

Since its premiere in 1998, Rounders has become a cult hit among poker players. Starring a youthful Matt Damon, the story follows two friends who need to win at poker to pay off large debts.

The film is carried by a brilliant and vibrant cast which includes James Malkovich and Edward Norton, with Malkovich playing the role of the antagonist.

The movie depicted high-stakes poker in a unique light, with a mix of humor, thrill, and suspense. Directed by John Dahl, the term ‘rounder’ refers to a traveler seeking high-stake card games.

Ocean’s Eleven is a 2001 American film starring an ensemble cast including George Clooney, Brad Pitt, Don Cheadle, and Matt Damon. The film was a remake of the 1960 Rat Pack film of the same name.

It was a huge hit at the box office and among the critics. The story follows Danny Ocean – played by George Clooney – as he assembles a crew to rob three casinos simultaneously.

The film’s action sequences were highly applauded by critics and fans alike, earning an 82% score on Rotten Tomatoes as well as $450 million in the box office.

The Hangover is a comedy film starring Bradley Cooper, Ed Helms, and Zach Galifianakis. The story centers around a group of friends who travel to Las Vegas for a bachelor party, where the groom goes missing.

The film was released in June 2009 to major critical and commercial success. It was the tenth highest grossing film of 2009, grossing $467 million worldwide.

The film became an instant hit worldwide and went on to have two sequels, The Hangover II and III, released in May 2011 and May 2013, respectively.

There are about three different takes on Ian Fleming’s Casino Royale story, but without doubt, Daniel Craig’s version of the story is the most popular of the three.

The film follows James Bond as he takes on a poker-playing villain in the form of Le Chiffre (Mads Mikkelsen). Set at breathtaking speed, the film became an instant hit among fans and critics alike.

It remained the second highest grossing installment of the James Bond series and earned a 95% Rotten Tomatoes score.

Arguably the most famous of all gambling movies, the classic hit is a story about mob-controlled casinos in Las Vegas. The film stars Robert De Niro, Sharon Stone, and Joe Pesci, with Martin Scorsese directing the action.

Robert De Niro stars as a casino owner with loose mafia ties, with Joe Pesci playing the role of Nicky Santoro, an erratic and psychotic character. With a strong supporting cast thrown into the mix, as well as some of the most memorable scenes ever seen on the big screen, the film became hugely successful.

Released in November 1995, the film grossed $116 million worldwide, with a Rotten Tomatoes score of 80%, making it one of Scorsese’s most successful projects.

Check out the infographic below for more amazing facts about gambling movies.