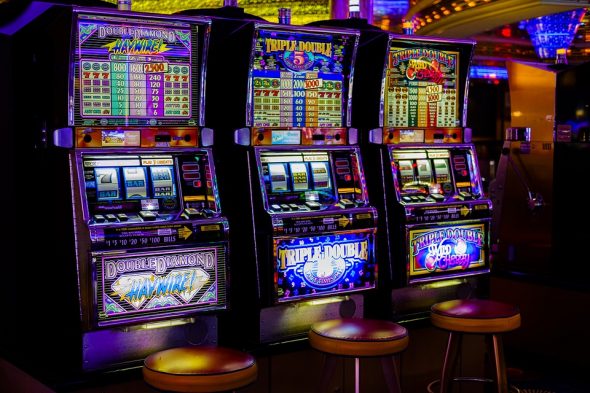 The Biggest Myths About Slot Machines

Slot machines otherwise known as pokie slots are a subject surrounded by various myths: Especially in recent years, when slot machines have become more and more popular, modern and versatile, an increasing amount of people have found it fun to play slot games regularly. Of course, a larger audience also means that numerous myths are spreading more and more, which is why we would like to list some of them here.

Myth 1: The chance of winning the jackpot increases if it hasn’t been paid out for a long time.

This myth is well known, but this assumption has absolutely nothing to do with the truth. This is because online slots do not pay out according to a specific schedule, but the chances of winning a jackpot are completely randomly determined by the computer. Theoretically, it can happen that the same player hits the jackpot three times in a row within the same session. This is of course extremely unlikely, but quite possible. It can also happen that the jackpot is not reached over a very long period of time. There are no possibilities for the player to estimate the next jackpot.

Another popular myth is that at certain times or during certain events or other occasions there is a higher chance of winning. This is not true because the computer randomly determines the winnings, regardless of the time at which the game is played.

Myth 3: There are systems that can outwit a slot

Also this myth is interesting again and again, because different people, providers and companies often think they have found strategies with which slot machines can be outwitted. Often programs, tips and strategies are sold at a high price, whereas the only ones that profit from them are usually the sellers of such products. These strategies do not exist, because slots pay out winnings completely randomly, so systems that are promising cannot be used.

Myth 4: If the next player wins, it doesn’t mean you won.

If you play an online slot, such as Book of Dead from PLAY’n Go , and a friend of yours launches the same slot machine shortly after, and he wins the jackpot, you might think you would have won it if you had just continued playing. However, this does not correspond to reality. The computer generates numerous random combinations every second, always retrieving the one that was just randomly generated by the system. So it depends on milliseconds, which again means that it is highly unlikely that you would ever have activated a spin at the same fraction of a second.

Those were the 4 biggest myths about online slot games. Of course, there are many more of them in circulation. But they all have one thing in common: they are myths and therefore not identical with the truth.