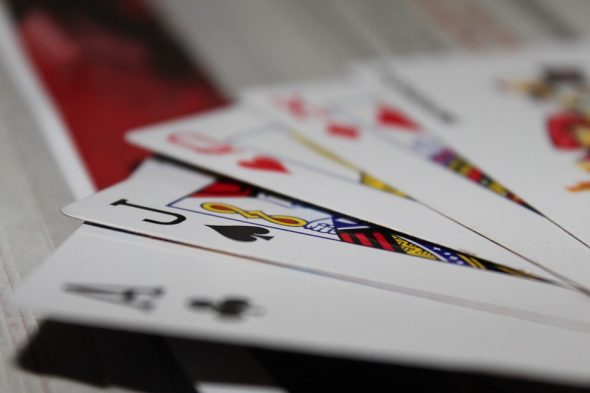 The debate whether chance or skill is the dominant element in poker is ongoing, but we know for sure that there is skill involved, and that’s what makes poker so appealing. And while poker involves skill, online slots are on the other side of the spectrum – slots are games of chance. To a poker player it may seem strange to understand how a game doesn’t involve any skill at all, and that’s exactly what we’re going to discuss here.

Poker tournaments are exciting and the competition can be quite fierce. On the other hand, if you’re playing slots, there’s no competition whatsoever, as you’re not playing against other players, but that doesn’t mean that slots aren’t exciting.

Despite this, slots and poker aren’t all too different and while we can’t help you with slots strategies, we can tell you a bit more about these types of games, that might help you make more informed decisions.

How Do Online Slots Work

Online slots are somewhat different to standard land-based slot machines, although the underlying principle is very much the same. You get symbols across reels and paylines (the grid and the outline may vary significantly and in order to get a winning combination you will need multiple instances of the same symbol, or particular combination of symbols, across a set pattern, usually called payline.

We mentioned that online slots are games of chance, but how does that really work, you may wonder.  Online slots are powered by a Random Number Generator (RNG) and the keyword here is ‘random’. It means just that – this software ensures that all outcomes are random. There are millions, even billions of possible combinations and the RNG guarantees that there will be no patterns, and that nobody will be able to predict which would be a winning spin and which won’t.

RTP is another term that’s frequently mentioned when it comes to online slots. The RTP is basically the house edge and it is expressed as a percentage. The RTP may vary, for some games it is as high as 98% or even 99%, but there are also slots with a much lower RTP, occasionally as low as 92% or 93%.

However, this doesn’t mean that out of a £100 wager you would get £95 or £96 in winnings. Actually, the RTP is a theoretical percentage and it is calculated over a large number of spins from all players.

If we take for instance, Double Bubble slot, a game with an RTP of 96.20%, it wouldn’t mean that you should expect to get £9.62 when you wager £10 on this game, it’s just that the overall theoretical RTP rate for this mega popular game by Gamesys is 96.20%.

Online slots providers set the RTP percentage for each game when they develop and release it, but in order to ensure that the RTP is the one that is advertised, casinos hire independent testing organisations, such as iTechLabs.

Increasing your wager after several losses isn’t a smart strategy when playing slots, as you may run out of money pretty fast. As we said, there are no guarantees that you will manage to hit a winning spin. You can win several spins in a short time frame, but you may also lose quite a few games in a row.

The term ‘volatility’ is another important term and it refers to win frequency. If a game has a low volatility, then wins tend to be paid out more frequently, but lower prize amounts. On the contrary, highly volatile slots tend to pay out larger prizes less often.

Finally, we need to say that there are certain games with a fluctuating RTP, where your decisions and the way you play the game can actually have an impact on your likelihood of winning. But, even if your decision can increase the RTP, there’s no promise that you will win cash prizes when playing.

If you’re an avid poker player, or even a beginner, you probably know that since poker is a game where you and the way you play the game can have a significant impact on your chances to win. If you’re new to the game, you probably wouldn’t want to get into a high-stake level game, because these games usually attract the pros.

The other details depend on the specific poker variant and how much you know your opponents. Some poker sites will give you a detailed insight into a player’s history and if you’re analytically-minded you will be able to draw some useful conclusions. You have to keep your eyes open at all times and yet manage to hide your true intentions from your opponents. Poker requires a lot of caution, whereas with slots you won’t have to think twice, or once for that matter. Pressing the spin button is all it takes, just make sure that you don’t wager more than what you can afford to lose.