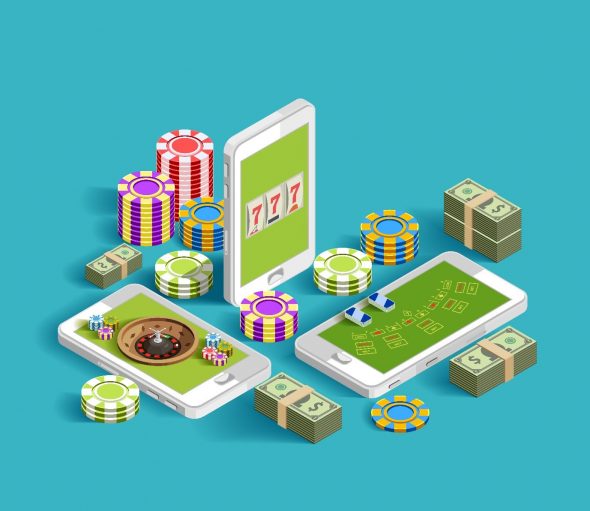 Ever since Tim Berners-Lee invented what came to be the World Wide Web back in 1989, more and more physical media have made their way onto the internet. From Blockbuster becoming Netflix to traditional CDs making their way over to iTunes and later Spotify, the world we once knew is becoming completely online, and this isn’t always a bad thing. Even bricks-and-mortar casinos are declining in the real world and yet growing across the internet. In fact, online statistics portal Statista estimated that by 2015, the online gaming market was worth $37.91 billion, which is forecast to increase to $59.79 billion by 2020.

But why is it so popular?

For starters, convenience will always outweigh preference. The reason people will happily spend £20 on a takeout pizza when they can drive to the shop and buy one for £5 is the same reason why people are more than happy to sit at home on their phones and gamble rather than get dressed up, take out a bundle of cash and head to their nearest casino. This also allows people who are short of time to take part in their favourite casino games without having to set aside time for it. Being able to load up an app and be in a game of slots within 60 seconds on your lunch break enables access for anyone and everyone.

However, despite the ease and convenience of online casinos and mobile apps, the main thing their convenience will always fall short against is the entertainment factor. Most casinos, especially in the USA, are attached to huge, super-luxury resorts that include golf courses, swimming pools, spas and major Michelin starred restaurants. To combat the rise in online casinos and draw in a younger generation, many casinos have started using celebrities and social media to attract a new crowd, with DJs such as Steve Aoki and DeadMau5 going public with their multi-number winnings and hosting residencies at casinos to bring in younger people.

Despite the sheer ease and access that casino apps allow for gamers, casinos will never have to worry about a lack of custom, especially as they make the shift towards a younger, more entertainment focused generation. For most people, heading to the casino is a one-off event: maybe for a bachelor party, or a week in Vegas with friends, rather than a consistent hobby. This allows mobile gaming to takeover when gamblers aren’t able to make the trip.

With this in mind, it’s unlikely that one will ever over take the other, as both serve their own unique purpose.

Be sure to share this with your friends and don’t forget to drop us a comment to let us know which you prefer! If you fancy trying online games, be sure to head to https://games.paddypower.com/c/jackpot-slots