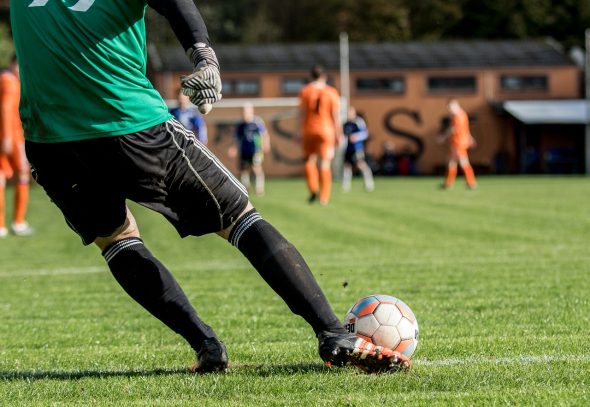 January 2020 Transfer Window – Has Your Club Flipped or Flopped?

Another January transfer window has come and gone, and in a trend which has become increasingly common over recent years, it was a month which was more about the moves which weren’t made rather than those which were.

Several high-profile players who were rumoured to be heading elsewhere throughout the course of the window have stayed put: Olivier Giroud was rumoured to be heading just about everywhere but will remain at Chelsea; Gareth Bale, currently struggling to get on the pitch for Real Madrid, was tipped to be heading to Tottenham but will also stay put; and Edinson Cavani, rumoured intermittently to be the next big name to head to the USA while also the subject of interest from Manchester United and Chelsea, will remain with PSG.

Despite all the trades that fell through, however, there was still more than enough action for us to feast our attentions upon. In perhaps the biggest move of the month, Emre Can will head home to Borussia Dortmund on loan from Juventus, where he has spent the past two years. At 26 years of age, the German has developed into a vital component of the Juventus side, and his addition is a massive boost to a Dortmund side trying to chase down Bayern and RB Leipzig, the only two sides above them in the Bundesliga standings.

One of the biggest movers of the transfer window was Spanish giant Barcelona, who have bolstered their squad as they head into what shapes up as an enthralling battle with long-time rival Real Madrid for the La Liga title over the back half of the season.

Their biggest signing was that of Francisco Trincao, a talented 20-year-old forward from Portugal who has been making a name for himself with Braga, and who will earn €31 million over five years playing for one of the biggest clubs on the planet. Further boosting their youth stocks is the signing of young Brazilian midfielder Matheus Fernandes. Fernandes is, at this early stage in his career, still a relative unknown, but his incredible footwork and undeniable talent makes him an intriguing signing – even if he won’t play a role for Barcelona this season as he spends six months on loan with Real Vallodolid.

And what of the English Premier League?

This January didn’t see any eye-popping moves in England’s top league, but there was still more than enough action to go around. The struggling Manchester United made a concerted effort to boost their stocks enough to scrape into the top four and qualify for the Champions League – their biggest signing is that of Bruno Fernandes, who comes over from Portugal for a transfer fee of €61 million. Manchester United have developed an unfortunate reputation for ill-advised but pricey transfers, and they’ll be desperate for Fernandes to make an impact.

If his first game with the Red Devils was anything to go by he’ll have no shortage of confidence on the big stage, but whether that translates to production is another question. United also grabbed Odion Ighalo from China – the forward showed his capabilities in the EPL back in 2015-16, but since then has quietly slipped out of the limelight and is likely to struggle for playing time.

Liverpool could literally not turn up for their remaining 13 Premier League games this season and they would still likely win the title – check out these prices for odds on that and more – but the Reds are keeping an intelligent eye on the future by signing Takumi Minamino. With Firmino, Mane and Mo Salah all healthy, Minamino will act more as insurance than anything this season, but at just 25 years old the Japanese winger may have plenty to offer in the EPL in future seasons.

Like Manchester United, Arsenal have attempted to somewhat slow their gradual fall from grace with a couple of mid-level signings. They snared Pablo Mari from Brazil’s Serie A, and while the Spaniard hasn’t played a whole lot of top-level football, he does fill a glaring need for the Gunners in central defense. Cedric Soares also heads to Emirates Stadium as defensive insurance, but an injury will stall the start to his Arsenal career.

In all, it wasn’t a January transfer window which appears likely to be remembered for years to come, but as we have seen plenty of times in the past, the true value of this window can take months and even years to become apparent.

Though there were no enormous signings, a number of high-profile sides across Europe have added to their depth or addressed a need as we head into the business end of the season. For some, like Liverpool, these moves were made with an eye on the future, while the likes of Barcelona will be hoping their signing can make an immediate impact. Just how successful these moves will ultimately be, however, will only crystallise with time.