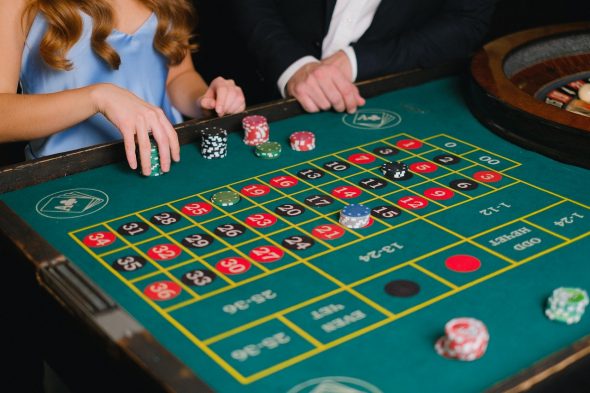 How Casinos Use Math to Make Money

The answer to how casinos make money lies in simple mathematics. Gambling is a game of numbers. The games are specifically designed to keep you playing, and in the end, the house always wins.

If casinos didn’t hold a statistical advantage over players, they wouldn’t continue to operate. Also referred to as the house edge, this principle is most evident in the game of slots. Even if a player wins a large sum of money, the game only pays out about 90% of the money it receives in wagers. The exact percentage varies according to the machine, but the amount is not important for this explanation. What is important to understand is that the slot game holds back 10% of all the money put in, and it, therefore, holds an advantage over the player.

The statistical edge is different for every game, but be certain that the casino holds the advantage. This principle applies whether you are playing online casino games with real money or playing in a brick-and-mortar casino.

The mathematical odds of gambling favor players who make a large number of small bets rather than a single, large bet. Using roulette as an example, a player has a 47% chance of doubling their money on a single spin. The odds are not fair, but they are certainly higher than a lot of other games.

Despite knowing that the odds favor the casino, players will continue to place bets on a roulette wheel. Casinos bank on this psychological exploitation, as humans love to partake in what they perceive as a low-probability risk. This perception is key. While mathematic principles clearly show that the odds favor losing, the human brain is really bad at recognizing risk. The gambler recognizes a chance at winning, so they keep playing, and the casino keeps winning.

A play can calculate the odds of winning any casino game using a basic probability model. This model is best explained using a simple dice rolling experiment. If you roll a single dice, your probability of rolling a two, for example, is one in six. While this example is very simplified, the same probability principle applies to hitting a winning combination on a slot machine, getting a specific number on a roulette wheel, or drawing a winning poker hand.

As explained above, games of chance aren’t merely applications of the probability model. Their numerical probability does not change. The game’s success is dependent on the player’s expectation of events during gameplay. Gamblers consider the odds of winning and losing and develop their game strategy based on these odds. A game with an expected value of zero (no net gain or loss) is considered a fair game.

The inherent randomness of a game of chance would seem to ensure fairness, but mathematic principles prove that in truly random conditions, with no expectation, long-term winning is impossible. Most gamblers accept this premise but continue to work on strategies that help them win in the short or long term.

Casino games exploit the basic principles of probability and statistics to make their fortune. Having a clear understanding of the math behind casino games can help you gain a slight edge in gameplay. It can also help you to be responsible in your gambling practices. Casinos make money using math, and these mathematical principles are what keep them making money over time.