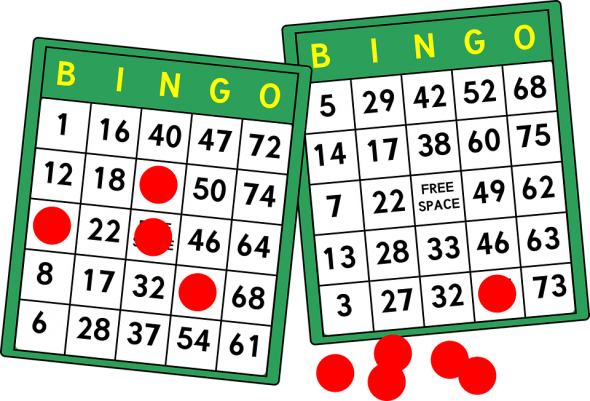 Bingo is one of the most popular pastimes in the UK, but it is also popular in many other parts of the world. Its history begins in the 16th century, although other similar games have been played before. Bingo isn’t just a popular game, it is also one of the largest sectors of the gambling industry and the total gross gambling yield of the bingo sector in the UK for the fiscal year April 17 – March 18 amounted to £688 million.

Bingo is an umbrella term that applies to a number of variants with a similar core set of rules. Basically, it is a game of chance in which numbers are drawn and the winner is the person whose cards matches the drawn numbers.

The principle is simple, but the game can include numbers from one to 75, one to 90, or a different arrangement. The bingo card/ticket can feature a different format too. Changing one or more of the elements gives us a different bingo variant. The most popular bingo variants are 90-Ball bingo and 75-Ball bingo, but there are few new versions that are played by many, especially online.

This is the dominant bingo version in the UK. In fact, this variant is pretty much synonymous with bingo. As the name implies, there are 90 balls. One 90-Ball bingo card has nine rows and three lines. Each line features five numbers and four empty boxes. Cards are usually sold in sets of six and one such set is known as a ‘strip’.

The numbers are arranged as following: numbers from one to nine appear in the first column, numbers from ten to 19 appear in the second column and so on. There are three possible ways to win in 90-Ball bingo. If you get all numbers on one line on one of your tickets, then you’ve scored a One Line and that is the lowest possible prize. If you get any two lines on the same ticket, then you’ve won the second possible combination – Two Lines. Finally, if you get all three lines you’ve won a Full House and this is the most valuable combination in 90-Ball bingo.

Most bingo halls in the UK offer only 90-Ball bingo, but if you prefer online bingo, you will have a chance to choose from a wider range of games.

This is the US version of bingo and it is still the most played version throughout the states. The 75-Ball bingo ticket features a five by five grid, where the midmost position can be either empty or filled. If the middle position is empty then we’re talking of 75-24 bingo, whereas if it’s filled the version in question is 75-25 bingo.

The five columns are marked with the letters of the word ‘bingo’ – B, I, N, G and O and the numbers that can appear in each column are also determined, with numbers from one to 15 appearing in the first column, numbers 16 through 30 in the second and so on.

When it comes to winning patterns, there are a lot of possible varieties. The simplest ones are double line and ‘X’, with the first including any two full lines in any combination, whereas X includes two diagonal lines that form an X on the card.

This is the perfect option for all players who have played both 90-Ball bingo and 75-Ball bingo, but they would like to try something new and different. The game features a four by four layout and the columns are coloured. There’s a red column, a yellow column, a blue column and a silver, or a white column. Numbers one to 20 appear in the first column, numbers 21 to 40 in the second and so on.

In this game, you can score a winning combination if you get a single line, regardless whether it is horizontal, vertical or diagonal, but you can also win if you get the four corner numbers. The most valuable prize is the full house – this is when you get all 16 numbers on your bingo card.

This game got its name after the number of cards in a standard deck – 52. And the game itself is played with cards, i.e. you are not purchasing tickets but cards. To be precise, a ticket for a game is consisted of five playing cards. There’s just one possible winning combination here and that is to get all your five cards drawn, resulting in a Full House.